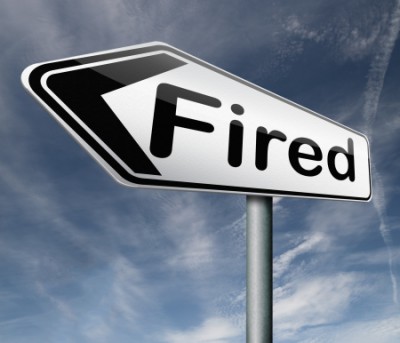 If there’s one thing that’s hard to persuade investors to be, it’s patient.

The urge to chase the hot idea or the manager with the dazzling recent track record is incredibly powerful. The resolve to resist crowd mentality can falter when it seems as if everyone else is winning and you’ve been left behind.

Imagine hiring a manager in 1997 and for the three year period to 2000, he clocks a gain of 65 per cent. That sounds pretty good, but remember: It was the roaring 1990s, and the technology-fuelled boom was all anyone could talk about. Dot-com after dot-com soared. During the same three year period, the Standard & Poor’s 500 rose 107.6 per cent. That means your manager with the decent track record got beaten pretty handily and trailed the market by more than 40 per cent during this period.

Would you stick with him?

Ask yourself why you hired this manager in the first place. Investors who do their homework look at managers for various reasons, but primarily to see whether they offer something others do not. Maybe it’s a style or strategy you find intriguing. Maybe it’s a risk-taking profile or a diversification strategy that catches your eye. The manager isn’t brand new and the fees look reasonable. Ideally, you pick this manager because you believe in the strategy and are willing to stick with it year in year out regardless of short-term glitches. None of this has changed just because he lagged the market for three years.

But investors finding themselves in this situation are often tempted to flee for other managers. Three years seems to be the hurdle over which most investors will bail out of a fund in search of others if the performance is lacking. This is where a lack of patience can be costly. The fact of matter is, the fund managers with the best track records over a decade spent at least three years underperforming others during that time. This was the conclusion of money manager and author, Joel Greenblatt, the author of The Little Book That Still Beats the Market.

Mr. Greenblatt’s analysis was that while these otherwise top-performing managers spent some time in the basement, they would go on to outperform others over the longer run. Investors who cut and ran missed out on that opportunity, and took on the cost of selling out at a low. Greenblatt expanded on this point in an interview in Barron’s where he said:

In 2011, I published a book called The Big Secret for the Small Investor. I always say it’s still a big secret because no one bought it. It talked about a couple of studies, including the best-performing fund from 2000 to 2010, which was up 18% a year even when the market was flat. The average investor in that fund went in and out at the wrong times on a dollar-weighted basis to lose 11% per year.

You might now know the outcome of this story, but let’s go back to your manager who underperformed from 1997 to 2000: Now imagine he went on to notch a 159-per-cent gain for 2000 to 2007. And consider that he outshined the paltry 14-per-cent gain for the S&P 500 over the same period (by the way, that’s a total return of 14% for the S&P 500 from 2000-20007). Investors who stuck with him would have caught up their underperformance and then some. If you bailed out before, you might be kicking yourself now.

It’s a lesson we’ve talked about before in my articles and on Validea in the context of running systematic investing models. No one manager is going to beat the market all the time, and the patient investor has the steely determination to stick through thick and thin. Even professionals with years of experience can fall behind when markets are outperforming, as they have in the past year or so.

Despite the seesaw of performance, the investor that allocated to this manager and stuck with the strategy, particularly at the outset when returns trailed the market, was handsomely rewarded. The overall long-term performance from 1997 to 2016 was 632 per cent compared with 339 per cent for the S&P 500.

Who is this manager who has deviated so far from the market and gone through extended periods of underperformance? Is it a small-cap manager or a manager investing in high flying growth stocks? No, it is in fact the opposite. It is none other than the best investor of this generation, Warren Buffett.

And if you really want to see mind-blowing long term performance, here is the full history of Berkshire Hathaway’s stock price performance from  1965-2016. Source for both tables, Berkshire Hathaway 2016 Annual Report. Berkshire has annual reports, which include Buffett’s letter to shareholders, going back to 1995. I encourage any long term equity investor to read as many of these as possible. They will help give you insight into Buffett’s view on the markets, businesses and investing and in turn you will compound your own knowledge by learning from one of history’s best investors. 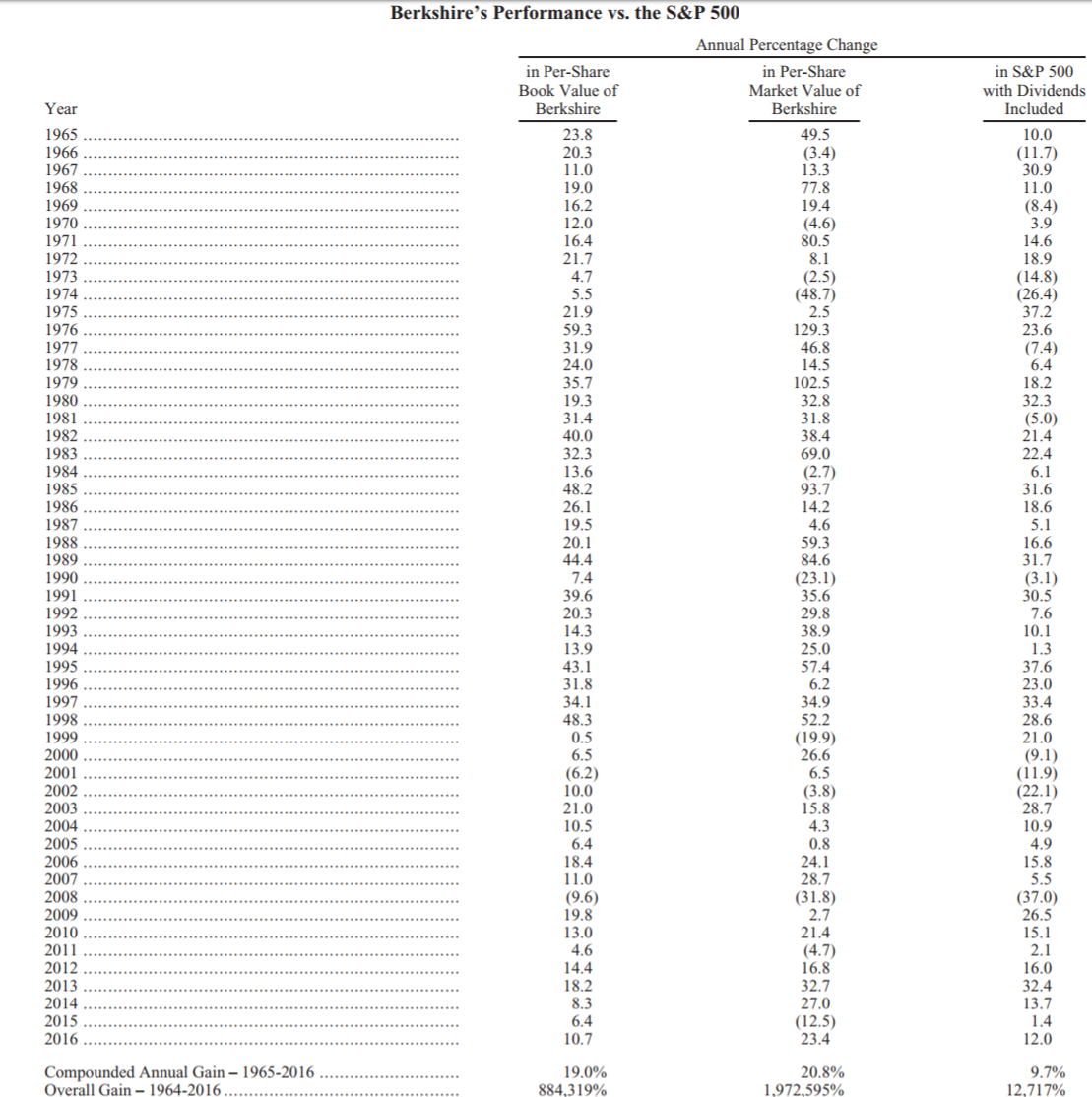 John Reese is founder and CEO of Validea.com and Validea Capital Management, LLC. Validea is a quantitative investment research firm and Validea Capital, a separate company from Validea.com, which maintains this blog, is a asset management firm offering private account management, ETFs and a robo advisor, Validea Legends and Validea Legends Income. John is a graduate of MIT and Harvard Business school, holder of two US patents and author of the book, “The Guru Investor: How to Beat the Market Using History’s Best Investment Strategies”.