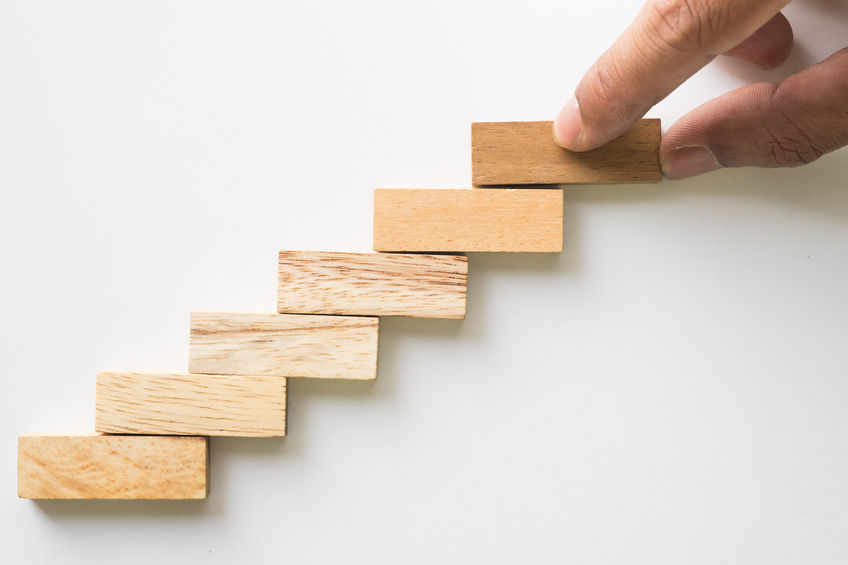 The day you begin to follow a new investment strategy is typically a day of optimism. You have done your research, you have looked at the historical results, you believe in the investment process, and you expect to see similar returns in the future to what the strategy has done in the past. You have even potentially looked at the ups and downs of the strategy and are prepared for the fact that the ride won’t be one that goes straight up.

And then you invest your money and reality sets in.

Your emotions kick in and your plan to stick with the strategy for 20 years somehow immediately morphs into a need to check your account balance every day. Your acceptance that there will be periods of struggle transforms into a constant questioning of whether the strategy still works every time it underperforms.

For many investors, this process of actually living investment returns with their hard-earned money vs. just seeing them on paper ends up being their undoing. The inability to withstand both short and long periods of poor returns results in abandoning a strategy after its bad periods, thus missing out on the good periods when they eventually come.

This type of thing happens with all types of investment strategies, but it is particularly common in factor investing. Whether it be value or momentum or some of the secondary factors like quality, there is substantial evidence to support the fact that factors work over the long-term. But inside that long-term outperformance are many periods of underperformance, some of which can be brutal (if you don’t believe me ask anyone currently invested in value). No factor outperforms every year, every three-year period, every five-year period, or even every decade. In order to achieve the long-term results, you have to be able to sit through these periods, no matter how difficult they get.

1 – Only the Strongest Levels of Conviction Will Survive

A house doesn’t have much of a chance of standing when it has cracks in the foundation from the beginning. So if you think a strategy like value might be for you, but you aren’t sure, you should run from it. If you have a weak level of conviction, you will likely bail at the first sign of trouble. Even if you have a fairly strong level of conviction, you still will be tested in ways that probably exceed your ability to withstand them. Only investors with the absolute strongest level of conviction should pursue factor strategies, particularly focused ones. Everyone else is probably better off indexing.

When we use the term “long-term” in factor investing, we aren’t talking about three years. Many investors use a three-year time frame to judge investing strategies, but it is one of the worst time frames to use. The reason is that three-year returns tend to be mean reverting more than predictive of the future. So the manager you fire for their bad three-year performance is likely to beat the one you hire for their great performance in the subsequent three-year period.

Take a look at the illustration below. The data shows the results of a study by the Employee Benefit Research Institute on pension plan manager hiring and firing. The white bar represents those that were hired and the gray bars those managers who were fired. One of the conclusions from the study is “clearly institutions are hiring managers with exceptional historical track records over trailing 3 year periods, and firing managers with poor track records. The joke is on the institutions, however, since on average the fired managers go on to outperform the hired managers over the subsequent 1, 2, and 3 year periods!” Pension plans have professional investment staff and a multi-decade investment horizon. If collectively they are hiring and firing managers based on short term performance then the odds are individuals are probably doing even a worse job. 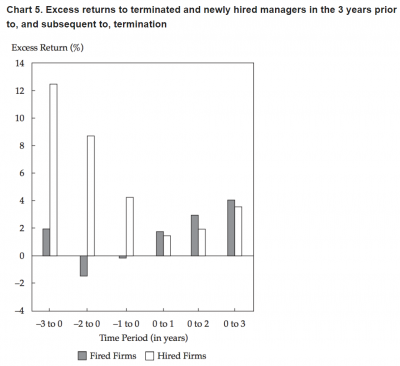 This problem also occurs with periods longer than three years. When I say long-term a long-term focus is required in factor investing, I also am not talking about five years, or even ten. Those longer returns definitely have more signal and less noise than three years, but factor strategies can be expected to struggle over those periods at times as well.

Given that all factors have had historical periods of 10 years where they have underperformed, the true period it takes to judge a factor-based strategy is probably at least 20 years. That is a major problem for investors who tend to want to evaluate a strategy based on short-term results.

And there is a strong argument 20 years isn’t even enough.

Corey Hoffstein of Newfound Research ran a simulation earlier this year where he looked at the major investing factors and tried to determine the length of time they would need to stop working before it could be definitively said that they are permanently impaired.

He found that the period of time it would take to dismiss the major factors ranged from 67 years for value (price/book) to over 300 years for momentum. As he mentions in the paper, these are far from exact numbers, but the overarching point is that the amount of time it would take to say definitively that a factor no longer works is longer than our investing lifetime.

Corey explains it the following way in the paper.

While an evidence-based investor should be swayed by the weight of the data, the simple fact is that most factors are so well established that the majority of current practitioners will likely go our entire careers without experiencing evidence substantial enough to dismiss any of the anomalies.

So if you plan to judge a factor-based investment strategy over 3, 5 or even 10 years, you are probably better off in index funds.

We all love the good years. Those years where our investment strategy beats the market by 20% make us feel like investing geniuses. We feel like what we are doing is bulletproof.

But those years aren’t what will make or break you.

It is the bad years, especially the really bad ones, that will ultimately determine your success. The reason is that your ability to withstand those down years is the thing that stands between you and the good years that the future will inevitably bring.

When you look at an investment strategy, it is a good idea to first look at the worst that history had to offer and to consider whether you could have made it through it.

As an example, if I was looking to follow a value strategy, I would look at the late 90s. Using data from Ken French’s website, a portfolio holding the cheapest 10% of stocks using price/book would have returned 45% from the beginning of 1998 to the end of 1999. That sounds really good until you consider that the most expensive 10% returned double that. So to follow a value strategy during that period, you would have had to maintain discipline while watching other investors make twice as much as you buying high flying technology stocks. It’s easy to say now that you could have done that since we all know those technology stocks eventually fell apart. It was far harder to do then. By looking at a worst-case scenario from history going in, you give yourself a better change to endure it when it occurs.

The chart above is a great illustration of why this is so important. It shows the 10 trailing year returns of value vs. growth going back to the 1930s. When the line is above zero, value is outperforming over ten years, and when it is below, growth has a better ten-year return. Most people will look at this chart and use it as validation that value investing is easy. After all, the line is above zero 90% of the time, indicating that value almost always outperforms over 10 years. I think that is the wrong way to look at it, though. The focus should be on the three times the line is below zero in my opinion because those represent periods where value was not working for an extended period of time. Despite the fact that those times don’t look like a big deal in this chart, I can promise you they were a HUGE deal if you were following a value strategy at the time. The ability to withstand the periods where the line is below zero are required to benefit from the 90% of the time it was above.

Factor Investing is Simple, But Not Easy

None of these things are a panacea. Even if you do all of them prior to investing in a factor-based strategy, you will still be tested in ways it is difficult to comprehend until you actually experience them. But by focusing on these things, you will at least have some context as to what to expect, and that should help when times get tough. Given how difficult factor investing can be at times, you will need all the help you can get.