A recent article by McKinsey & Company argues that there are times when cost cutting and higher prices can hinder a company’s growth and harm its value.

Offering several examples, the article argues how cost cutting can be “counterproductive, starving a company of new sources of growth and undermining performance over the long term.” Offering data from a recent study of 615 of the largest nonfinancial companies (from 2001 to 2013), the article reports that only about half of the companies were able to sustain a margin increase for four or more years, which it says suggests a “low success rate for the total number of potential four-year or longer time periods.” It adds that, the longer companies increased their profit margins, the more likely they were to fall behind their peers in terms of total return to shareholders (TRS). 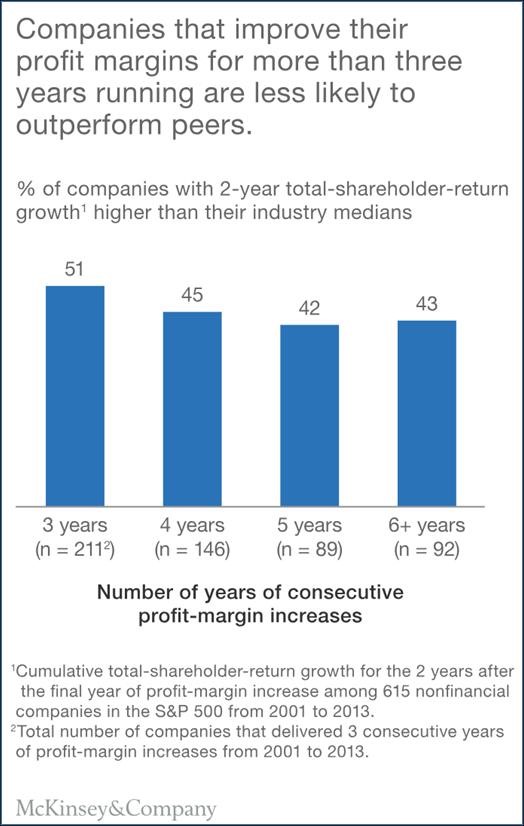 The article emphasizes that these results are averages and don’t necessarily apply to all companies, but suggests the following guidelines to help managers “avoid taking margin improvements too far,” including: