While for the past three decades U.S. equity prices have been supported by an acceleration of global trade, a recent article in The Wall Street Journal says there is concern that the “broad slowdown in world trade agreements” will undermine corporate profits and put pressure on the stock market.

The article cites estimates by global stock-index provider MSCI showing that if policies such as trade protectionism and government deficit spending increase significantly in the developed world in the next two years, U.S. equities would “shed more than 17%, while European equity markets would fall by close to 20%.” Marino Valensise, head of the multiasset team at Barings (part of the MassMutual Financial Group) says, “We believe globalization has probably reached its peak.”

Global container-shipping operators have cited the slowdown in trade as a “major drag on profits,” and the upcoming presidential election adds a layer of uncertainty. On FedEx Corp.’s June earnings call, CEO Fred Smith said, “We’re very concerned about the positions of both parties in trade.”

Michael O’Sullivan, chief investment officer for Europe at Credit Suisse, says investors are facing a “post-globalization” landscape that means even more uncertainty for the markets. “In the past two years,” he says, “we’ve had falling profits and slowing trade.” 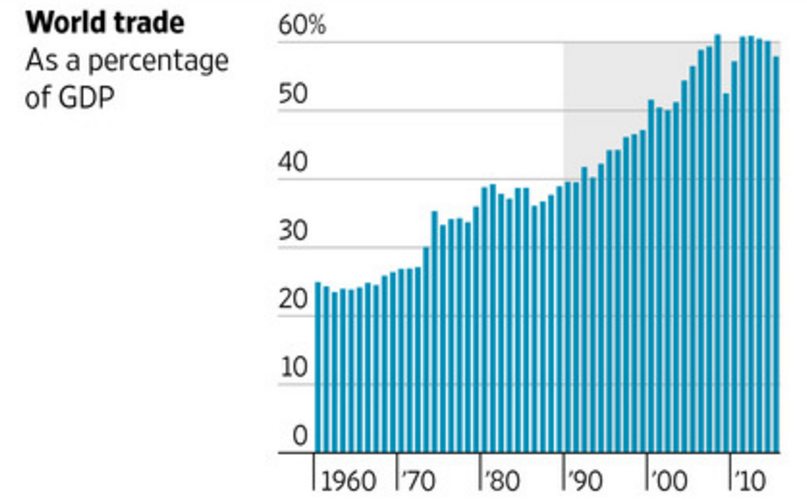