Investors often perceive the stock market as more volatile than it is, according to the latest newsletter from Matarin Capital Management (which oversees approximately $700 million in assets). In a Wall Street Journal blog post from earlier this year, Jason Zweig describes the stark contrast between the S&P 500’s daily movement within the previous 12-month period compared to its quarterly or annual shifts.

In the newsletter, Stuart Kaye and his partners at Connecticut-based Matarin write, “Because volatility spikes are a shorter-term phenomenon, they heighten investor awareness and attention on a short-term basis.” This information “overload”, they explain, leads investors to experience an “overconfidence bias” which, in turn, leads to overtrading and, ultimately, underperformance.

Zweig points out that the stock market isn’t much more volatile than its historical average, but the perception of volatility is a function of how frequently it’s watched. 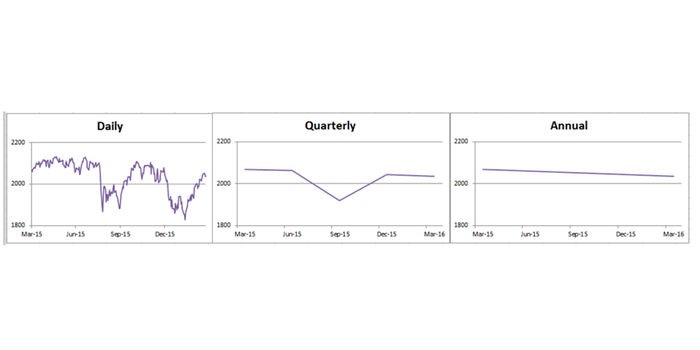