Based on technical analysis of stock market movements, an 85-year trend for the S&P 500, “shows the equity benchmark could rise past 4,000 in the next eight years—an 81 percent increase from its Monday [February 27] close of 2,362.18.” This according to an article in this week’s Bloomberg.

By the same token, however, the article points out that “the same trend channel is necessarily wide” and that the index could fall by as much as “42 percent to 1,375 by the time 2024 rolls around.”

The above chart’s “upward-sloping trend lines capture almost all of the stock market’s movements,” encompassing periods of dramatic decline as well as “long stretches with little change.” The article notes that the only time the index rose above the trend line was during the 1990s internet bubble and that, while during the financial crisis the S&P 500 dropped by as much as 57 percent, “the measure didn’t touch the lower end of the channel, suggesting the rout could have been worse than it was.”

“Donald Trump’s first five weeks on the job have been pretty good for the stock market,” says the article. However, it notes, “By one measure, investors haven’t seen anything yet.” 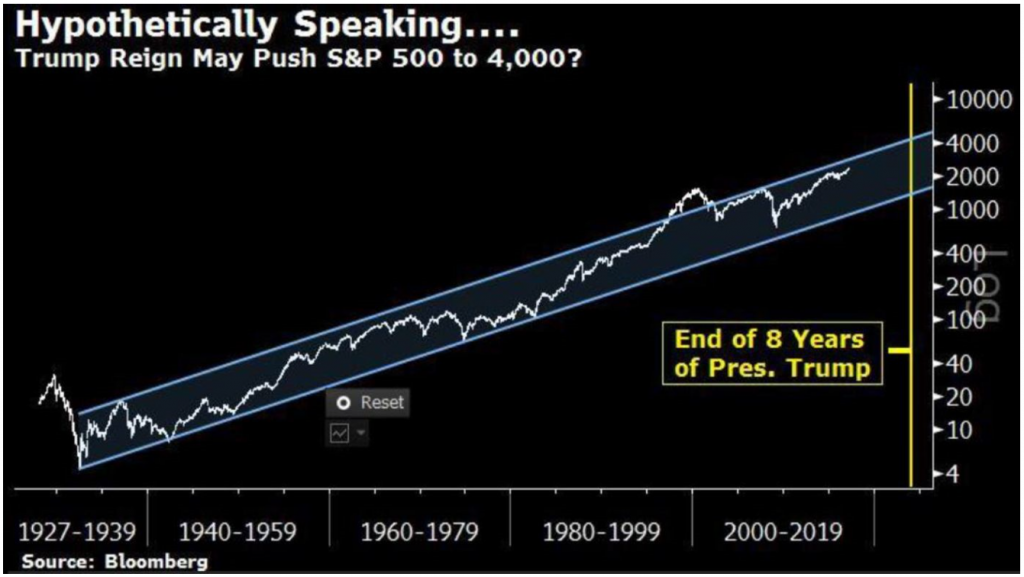