Sonders concludes that while it’s never a complete certainty, the likelihood is we will continue in the current Post-Echo Bull phase baring an economic recession. The chart below from Ned Davis shows these four phases over the full cycle. 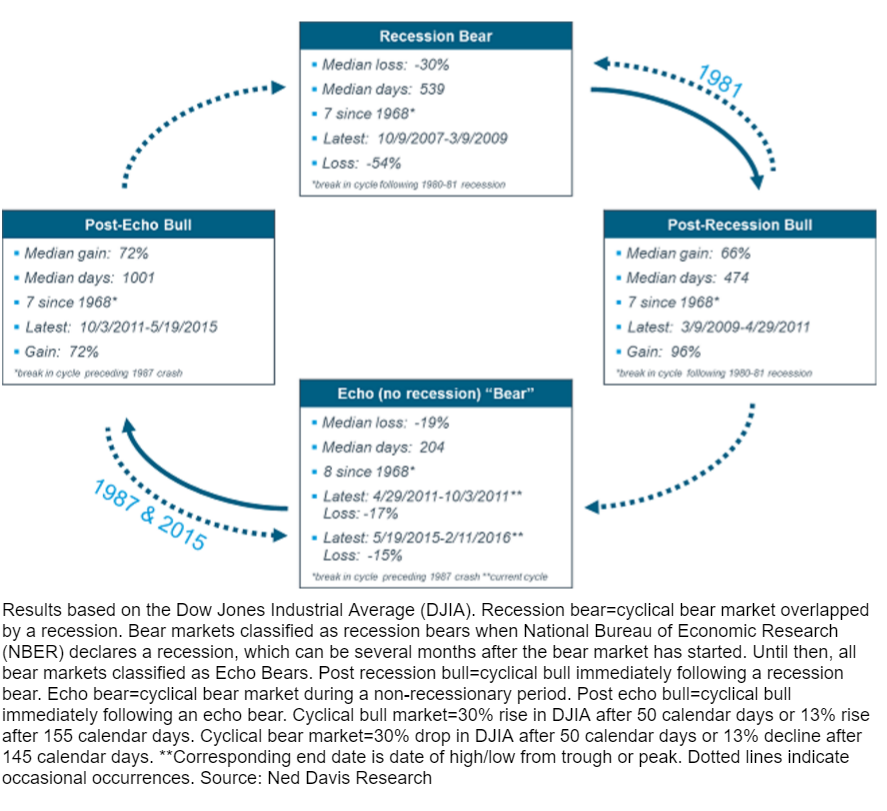