A recent article in Forbes discusses the growing buzz about an impending yield curve inversion and the repercussions for the economy and stock market. 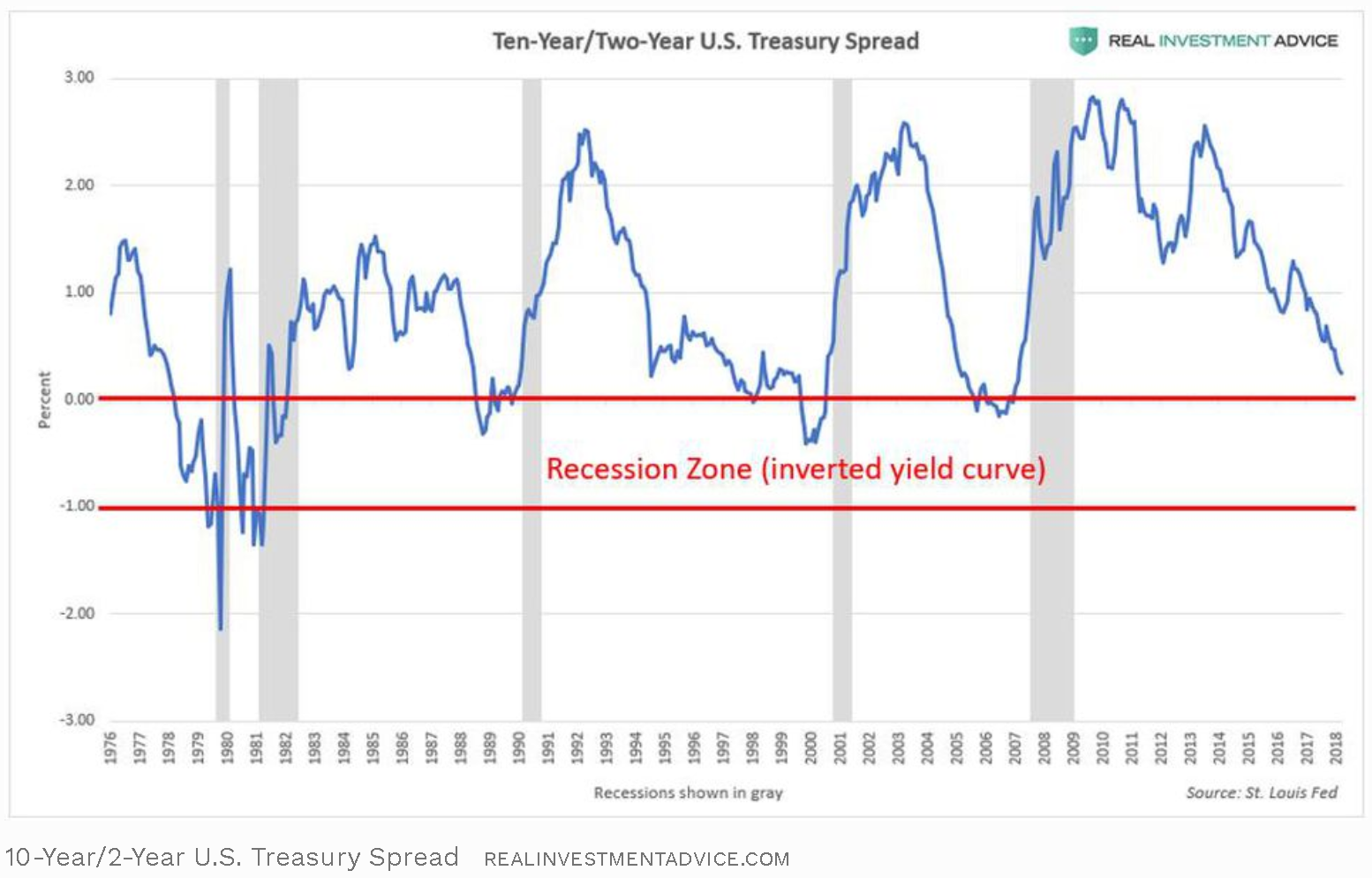 “Inverted yield curves have successfully warned about each of the seven recessions over the past 50 years,” the article reports, “which is why investors keep an eye out for them.” When an inversion takes place (the difference between short- and long-term yields falls below zero), the article notes, it “warns that a recession and bear market are typically not far off.”

The article cites historical data suggesting that if the yield curve inverts in December 2018, “the current bull market would peak in September 2019 and the next U.S. recession would start in February 2020:” 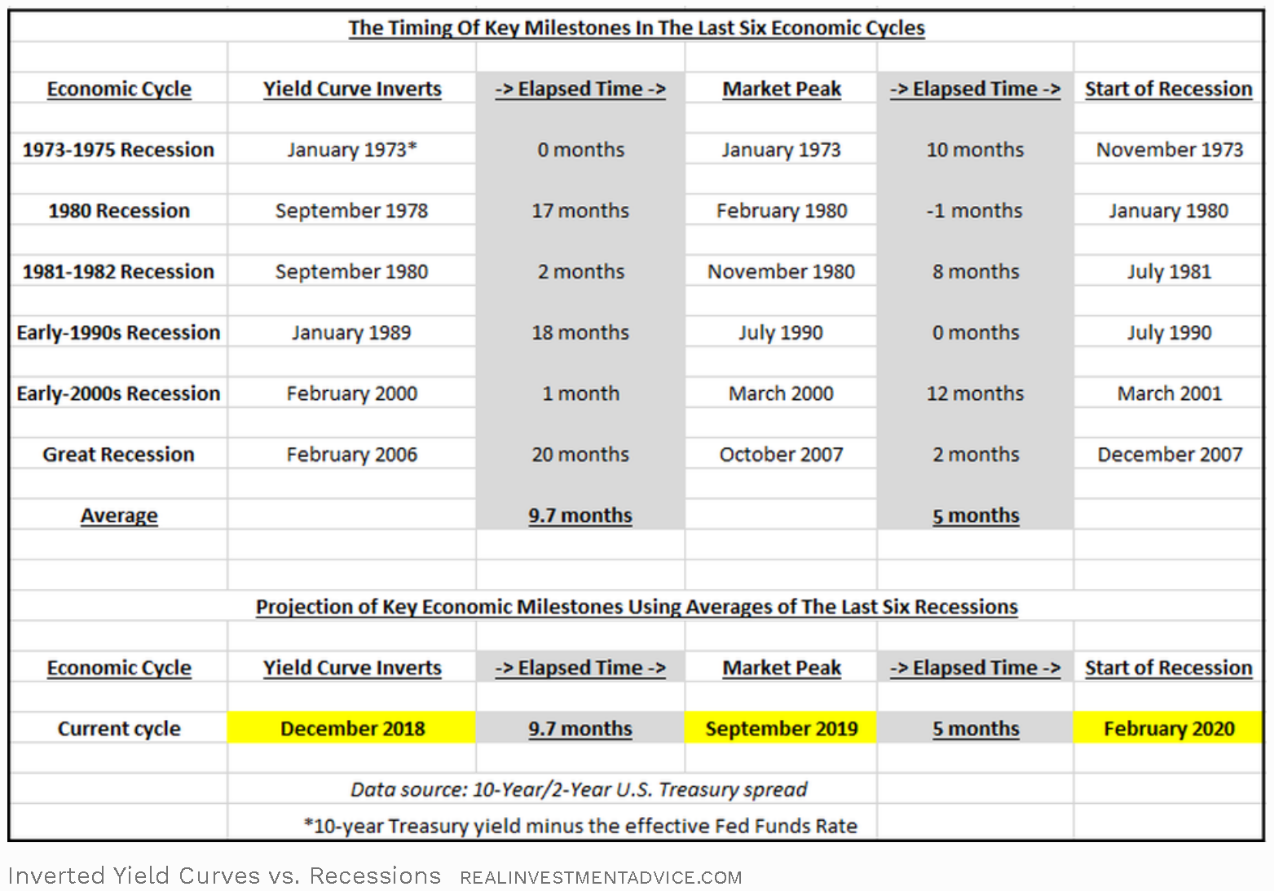 While past economic cycles have seen bull markets run further after a yield curve inversion, the article notes that the stock market during those periods was cheaper than it is now. In the past six cycles, it says, the average CAPE was 20.23 at the time of yield curve inversion versus the current CAPE of 33.07, “which means that today’s market is 63% more expensive than it was at similar points in the yield curve.”

As to whether the stock market can continue to rise after the coming yield curve inversion, the article concludes: “Possibly, but it is important to keep in mind that the U.S. stock market’s extremely elevated valuation means that the reward-to-risk ratio is very poor going forward (over the intermediate to longer-term). With such a high valuation, it will not take a very large adverse development to send it crashing—namely, faltering earnings, a recession, higher interest rates, etc.”