A recent Bloomberg article reports that British “master” stock-picker and Buffett disciple Neil Woodford, whose flagship fund had outperformed his peers in 2015, is now “in the red and his slump is deepening.”

The drop in Woodford’s 6.7 billion-pound ($9.3 billion) main fund extended this year’s decline to more than 7 percent, “one of the worst performances among competitors,” according to the article.

In a video posted on his firm’s website, however, Woodford quickly reassured his client base: “I am very confident that the stock market’s mood has changed,” he said, adding, “I think there’s a good reason for that chance because the economic fundamentals are beginning to evolve in a way that the market is now surprised by.”

The article notes that while this known value investor was able to attract cash into last year, losses in some of the firm’s key holdings and withdrawals have led to a decline in assets by about a third. 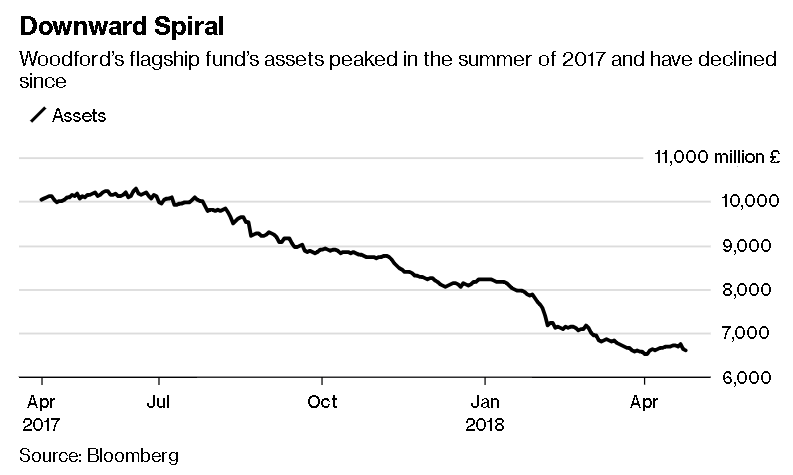 The article cites one industry source that says Woodford’s firm’s focus on transparency might be hurting its bottom line. The source, Richard Philbin of Wellian Investment Solutions, says, “If everyone knows what holdings he has, how liquid they are and that he is witnessing negative cash flow, it seems obvious that hedge funds could see this as an opportunity to play the other side of the trade.”

On the whole, however, Woodford Investment is not losing money, the article reports, adding that the firm posted net income of 18.2 million pounds for the year ended March 2017, primarily due to fees ranging from 0.65 percent to 1.5 percent.

But Woodford, the article notes, “is far from being the only big-name trader to get it wrong,” adding comments by one analyst that “it would be foolish to write off an investor with a three-decade track record that’s earned him the Oracle of Oxford sobriquet.”