In his MarketWatch column, Mark Hulbert explains the distressing news buried by much of the recent positive reporting on the upward revision of GDP earlier this month. “Though the government’s upward revision of GDP growth looked positive on the surface,” he says, “a deeper look at the data shows the stock market currently is on shaky ground.” The report revealed that corporate profit margins (profits as a percentage of GDP) “experienced one of their largest quarterly declines in years.” Hulbert points to historical data (depicted in the chart below) in predicting that “shrinking profit margins will almost surely cause stock investors pain,” partly because “profit margins are in a distinct downtrend that is likely to last a lot longer.” An optimistic scenario, according to Hulbert, would be low single digit returns through 2020. He sees only three ways that a brighter outcome is possible: 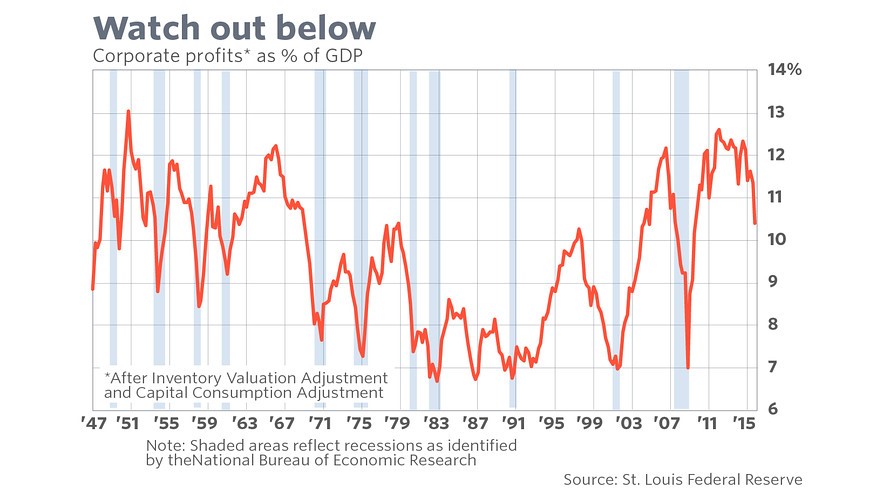