“Beyond the initial selloff” yesterday afternoon, writes Michael Kahn in yesterday’s Barron’s, “the fallout from Wednesday’s Federal Reserve decision to raise short-term interest rates by 25 basis points is still uncertain. But it does seem that the short-term condition is precarious.” He characterizes today’s overbought market as a possible ” bucket of cold water on a roaring fire.”

The article cites various indicators and trend data reflecting that “since the election, the market really has gotten ahead of itself technically.” Surveys such as the National Association of Active Investment Managers (NAAIM), for example, have “reached extremes in bullishness”, writes Kahn, adding that it is currently at its second highest reading ever. He adds, “These do not always mark final tops, but it does make continuation higher a lot harder.”

One such source, the relative strength index (RSI) shows that the S&P 500 is more overbought than it has been since January 2011:

Kahn asserts, “while the RSI itself is not a sell signal, it does create an environment ripe for a negative reaction to otherwise mundane news.” 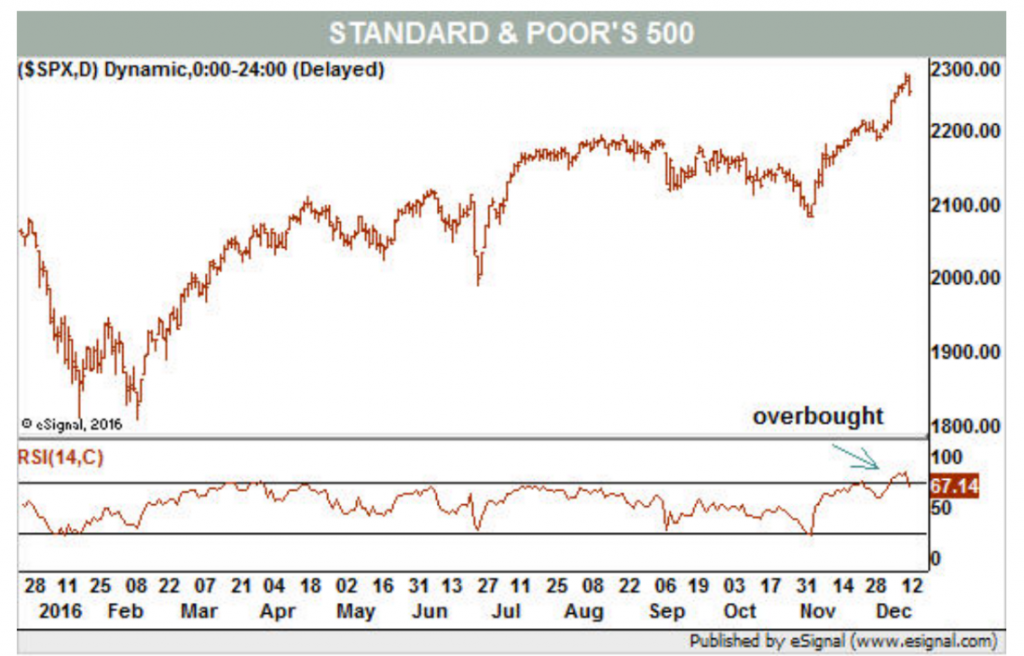