Small-cap stocks outperform large caps, on average, over the long term, but almost all the small-cap advantage occurs in the early part of the year. This according to a recent MarketWatch article by Mark Hulbert.

“As you can see from the chart below,” he writes, “their advantage gradually diminishes as the year progresses, and is actually negative by the last quarter of the year.” 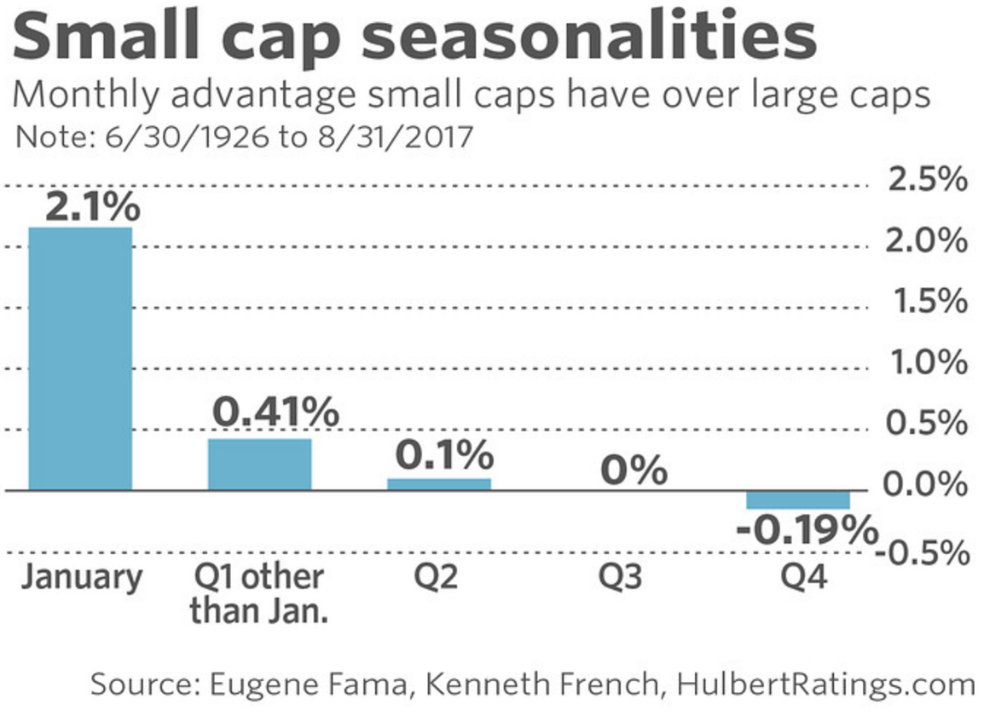 The widely-accepted theory on the relative performance of these two asset classes, says Hulbert, is that the small-cap advantage represents compensation for higher risk. However, he adds, a study published more than ten years ago traces the small-cap relative strength to what he describes as “compensation incentives that lead many institutional money managers to favor large caps near the end of the year and small caps in January.”

The study authors argue that similar incentives exist for money managers that may be lagging the S&P 500 because, in the last two months of the year, they will “increasingly want to play it safe,” Hulbert explains, and buoy their performance by investing in the larger-cap stocks that dominate the index. The researchers assert, writes Hulbert, that “Even though they are not currently slated to earn any bonus for beating his benchmark, they have another incentive, one that could be just as powerful, if not more so: not ending the year’s rankings at or near the bottom—which might cost them their jobs.”