A study by research firm MSCI shows that “the best-paid CEOs tend to run some of the worst-performing companies and vice versa—even when pay and performance are measured over the course of  many years.” This according to an article in The Wall Street Journal.

The study—released in 2016– examined the compensation of 800 CEOs at 429 large and midsize U.S. companies over the ten-year period ending in 2014 as well as the total shareholder return of those companies during the same period. Findings reflected that $100 invested in the 20% of companies with the highest-paid CEOs would have grown to $265 over 10 years, while the same amount invested in those companies with the lowest-paid CEOs would have grown to $367, the article reports.

According to the article, the results “call into question a fundamental tenet of modern CEO pay: the idea that significant slugs of stock options or restricted stock, especially when the size of the award is also tied to company performance in other ways, helps drive better company performance, which in turn will improve results for shareholders.” 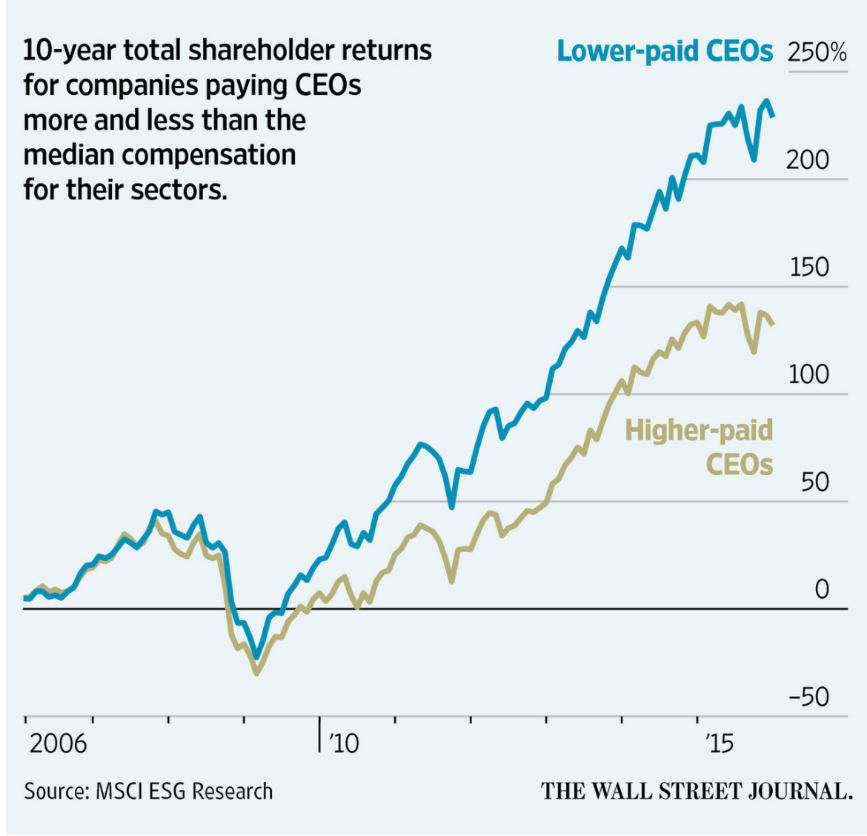 Ric Marshall, a senior corporate governance researcher at MSCI, said the report “argues for the equity portion of CEO pay to be more conservative.”

According to MSCI, one possible factor driving the results is the annual pay reviews and proxy disclosures, which “discourage boards and executives from focusing on longer-term results.”