The biggest U.S. companies have started a new growth streak and more good  news is expected in the coming quarters, says an article in last week’s Wall Street Journal.

Citing FactSet data the article states “fourth-quarter earnings are expected to log an increase of 4.6% from the same period a year ago, the article states that this would mark the second consecutive quarter of year-over-year growth. “

“As for the overall market,” says WSJ, “corporate tax reform, infrastructure spending and fiscal stimulus have helped push the Dow Jones Industrial Average up about 13% since the election.” Still, it says, rising valuations should not be overlooked, as the S&P 500 has a P/E ratio (17.6) that is the highest since 2004. Even with higher earnings, the article argues that stretched valuations “can’t be justified without corporate tax reform and stimulus. The higher the market goes, the more dependent it is on success of Donald Trump’s policies.” 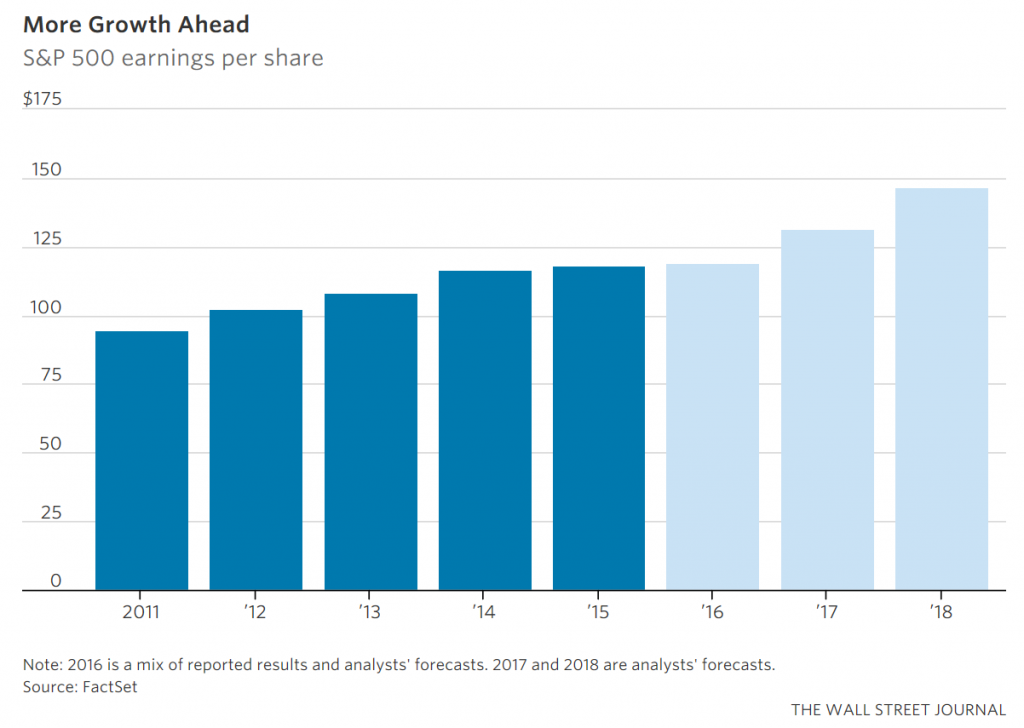