Ray Dalio’s Bridgewater Associates earned almost  $5 billion for its clients last year according to a report by hedge-fund investor LCH Investments NV, versus losses suffered by rivals George Soros and John Paulson. This according to a recent Bloomberg article.

In fact, the article points out, Bridgewater was the “most lucrative, in absolute terms, of the top-20 hedge funds ranked, and bucked the trend of a generally disappointing year for the industry.” In the report, LCH chairman Rick Sopher writes, “Even the managers with the greatest long-term records did not perform strongly and their results were no better than the average. This underperformance by the world’s greatest money managers reflects the difficulties experienced by most active managers for much of 2016.” 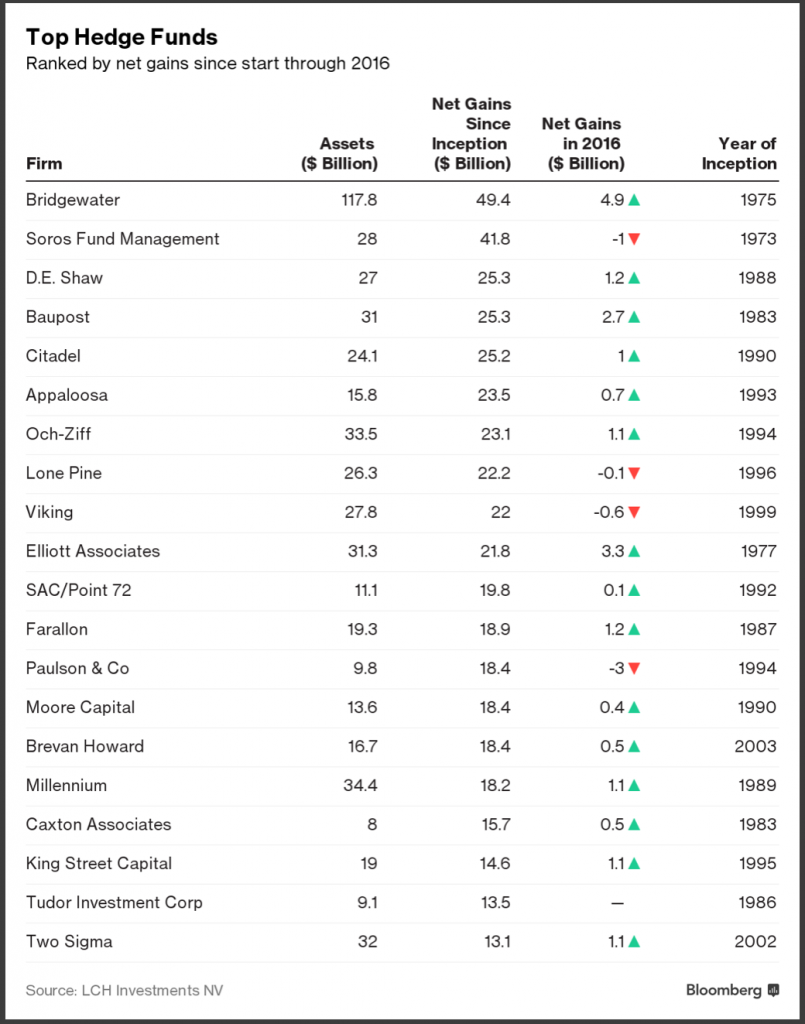 Since inception, the top-20 managers earned $449 billion for investors, almost half the gains for the entire industry. According to the article, Dalio and Soros (whose firms were launched in 1970) are “still the best performers over their lifetimes, with returns of more than $40 billion apiece.”