August, typically one of the slowest months for Wall Street, has the reputation for being one of the more unstable for the financial markets. This according to an article in last week’s Investment News., which reported that last week DoubleLine Capital chief executive Jeffrey Gundlach suggested gold and gold miner stocks as a hedge against “the mounting risk across virtually all other markets and asset classes.” Gundlach says, “the stock markets should be down massively but investors seem to have been hypnotized that nothing can go wrong.”

According to S&P Capital IQ, since 1945 a third of the monthly declines of 5% or more have occurred in August and September, with each month representing 17% of the total declines.

The article points out that, even though the last few weeks have been lackluster for stocks (the trading range of the S&P has been the narrowest seen by the index in 45 years), that doesn’t dampen the potential for volatility. Bob Rice, chief investment strategist at Tangent Capital, agrees that risk is mounting and investors might be tempted to “take some chips off the table.” He says, “There’s certainly no end to the list of things that could dramatically shake up the markets right now. But I’m not a huge fan of super-short-term market timing.” Instead, Rice is a proponent of allocating more assets to long-short strategies designed to absorb market volatility. 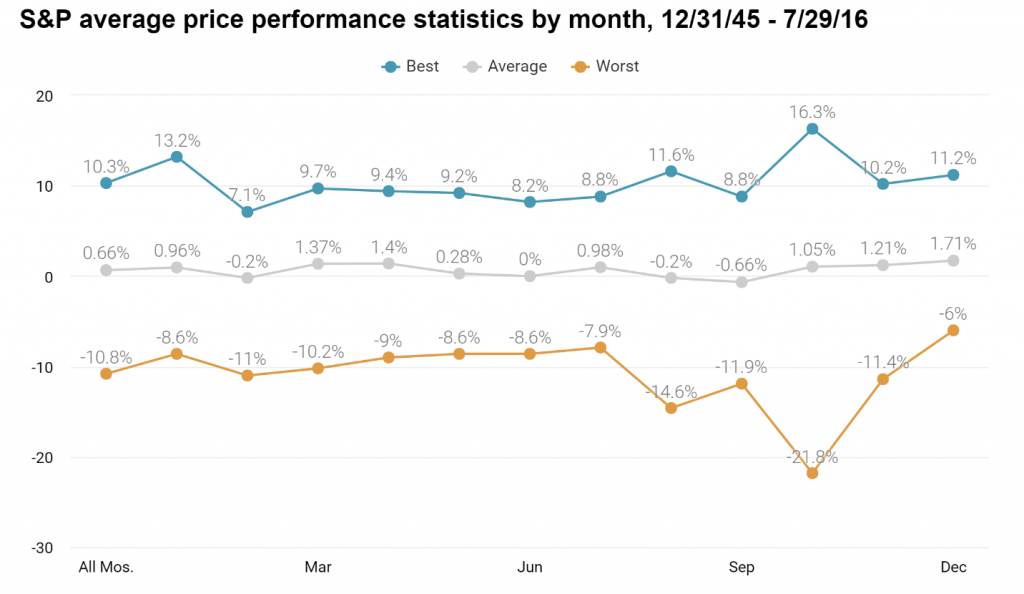